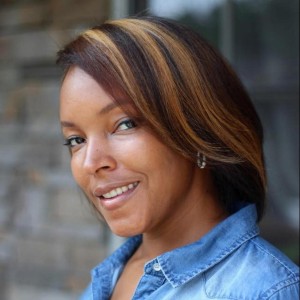 Got Milk or Not Milk?

Remember the old dairy campaigns Milk, It Does A Body Good and Got Milk?

These campaigns, amongst others were focused around convincing consumers that drinking milk, will lead to strong muscles, longer and healthier hair, and lessen the chances of developing osteoporosis. Milk marketers, trying to increase falling sells, targeted teens and tweens convincing them that drinking milk could lessen their chance of developing a disease that affects old people, African Americans, Latino’s and men.

Drink milk? Plant based eaters are dairy free. Vegan’s are dairy free, Paleo’s don’t consume dairy and some vegetarians don’t. Are the benefits of going dairy free worth giving up the great taste of ice cream? You be the judge.

Before we dig into some of the major benefits of going dairy free, it’s important to note that going dairy free should be a personal decision based off of your own research and if needed, speaking to your primary care physician to see what will work best for you and your current health conditions.

My research has shown me that humans are the only mammals that consume dairy products from other species. A parent is usually instructed to give their baby cow’s milk as a replacement after weaning them off of their mother’s milk. The dairy industry has easily convinced us that consuming dairy is a requirement in having health bones and growth.

The Question Shouldn’t Be GOT MILK? But Do We Actually Need Milk?

What Are Some Benefits of A Dairy Free Diet?

There are many reasons one would choose to go dairy free. Those who may be allergic to dairy or those who may have a intolerance to lactose found in dairy products. For others, they may not feel good when dairy is consumed. It could be for ethical reasons, like those who are vegan.

Most research concerning dairy and non-cystic acne was based on teens. An article written in the Journal of the American Academy of Dermatology in 2005 used data of over 47,000 women to retrospectively examine the connection between acne and dairy consumption. They did conclude a “positive association” between the two.

How is this possible? It could be the presence of hormones (bioactive molecules) found in dairy products. According to Krista Maguire, R.D., C.S.S.D., and nutrition manager at Openfit, “There’s really no such thing as ‘hormone-free’ milk. Dairy has several hormones in it, including insulin-like growth factor (IGF-1) and androgens, which can contribute to sebaceous gland activity and hence acne. In addition, some speculate there’s a link between lactose and insulin spikes and acne.”

Have you ever consumed ice cream, finished the milk from your cereal bowl, or eaten a cheese pizza or mac and cheese and within an hour of consuming it left you with any of these symptoms in the video below…

Then you may be among the 65%  of the human population that is lactose intolerant. According to an article written by Genetics Home Reference, approximately 65 percent of the human population has a reduced ability to digest lactose after infancy. Lactose intolerance in adulthood is most prevalent in people of East Asian descent, affecting more than 90 percent of adults in some of these communities. Lactose intolerance is also very common in people of West African, Arab, Jewish, Greek, and Italian descent.

Lactose intolerance is an impaired ability to digest lactose, a sugar found in milk and other dairy products. Lactose is normally broken down by an enzyme called lactase, which is produced by cells in the lining of the small intestine. Lactose intolerance in adulthood is caused by reduced production of lactase after infancy (lactase nonpersistence). If individuals with lactose intolerance consume lactose-containing dairy products, they may experience abdominal pain, bloating, flatulence, nausea, and diarrhea beginning 30 minutes to 2 hours later.

Is there a connection between giving up dairy and weight loss? Absolutely! Can you imagine letting go of that ice cream fetish and extra creamy milk shake! It’s a given. If full-fat dairy makes up a significant portion of your daily caloric intake, yes, cutting it out will help you lose weight because you’re reducing calories.

Considering going dairy free? It’s imperative to read labels. You would be surprised to see what items actually have dairy in them! For instance, a bottle of peanuts, breadcrumbs and pasta sauce are a few I have ran across. Dairy-free milk alternatives are on the rise! As well as many other plant based cheeses, yogurts and ice cream.

If you have to consume some form of medication to assist with the digestion process before, during or after you consume dairy, then most likely the possibility of your body rejecting dairy is extremely high. Your body is rejecting it for a reason. Listen to your body! It won’t fail you, but you can fail it! #NotMilk

A wife and mother of two. Creator and founder of Plant Based Simplicity. By using honest application of truth, humble beginnings, and her infectious love for people, Temara is dedicated and committed to lead anyone who will listen. In a place of harmony, by cultivating, inspiring and investing in the innumerable possibilities of wholeness and tranquility. Temara is a Mentor, Motivational Speaker, and a Lifestyle/Food Blogger. Temara is also an advocate for Autism Acceptance.

Get the tastiest recipes,new dish notifications, the latest news, and exclusive promotions conveniently delivered to your inbox.